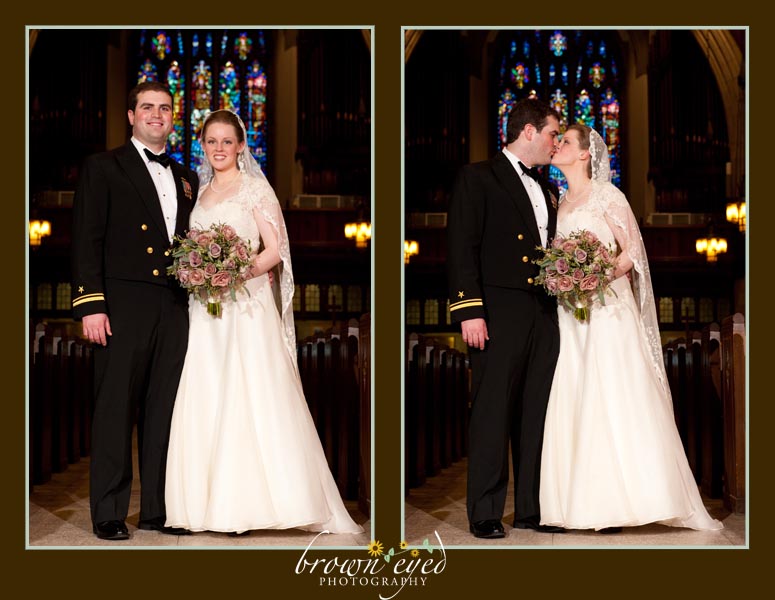 Justin and Rachel tied the knot in the stunning Saint Ignatius Church of Boston College. Boston College, Rachel’s college home, not to be confused with Boston University, Justin’s college home. Usually the two college worlds only mingle on a rivalry basis. But Justin and Rachel were both part of R.O.T.C and I don’t think the military cares if you yell BU or BC at football games. So Rachel and Justin mingled – while running, right where we met up for their e-session. And the story goes that Justin and Rachel were adamantly “just friends” despite family and friend insistence that Rachel and Justin could be more than “just friends”. Somewhere along the way, they did indeed become more than “just friends”. Their friendship remains solid – it’s so clear that they just like being together. We were honored to capture their wedding day, surrounded by a fantastic, involved, loving family and equally supportive group of friends.
The whole day ran smoothly with the help of Heather Minicucci, of Simply Inviting Weddings. Thank you, Heather!
We started off the day with Rachel getting ready with her wedding party in Boston. 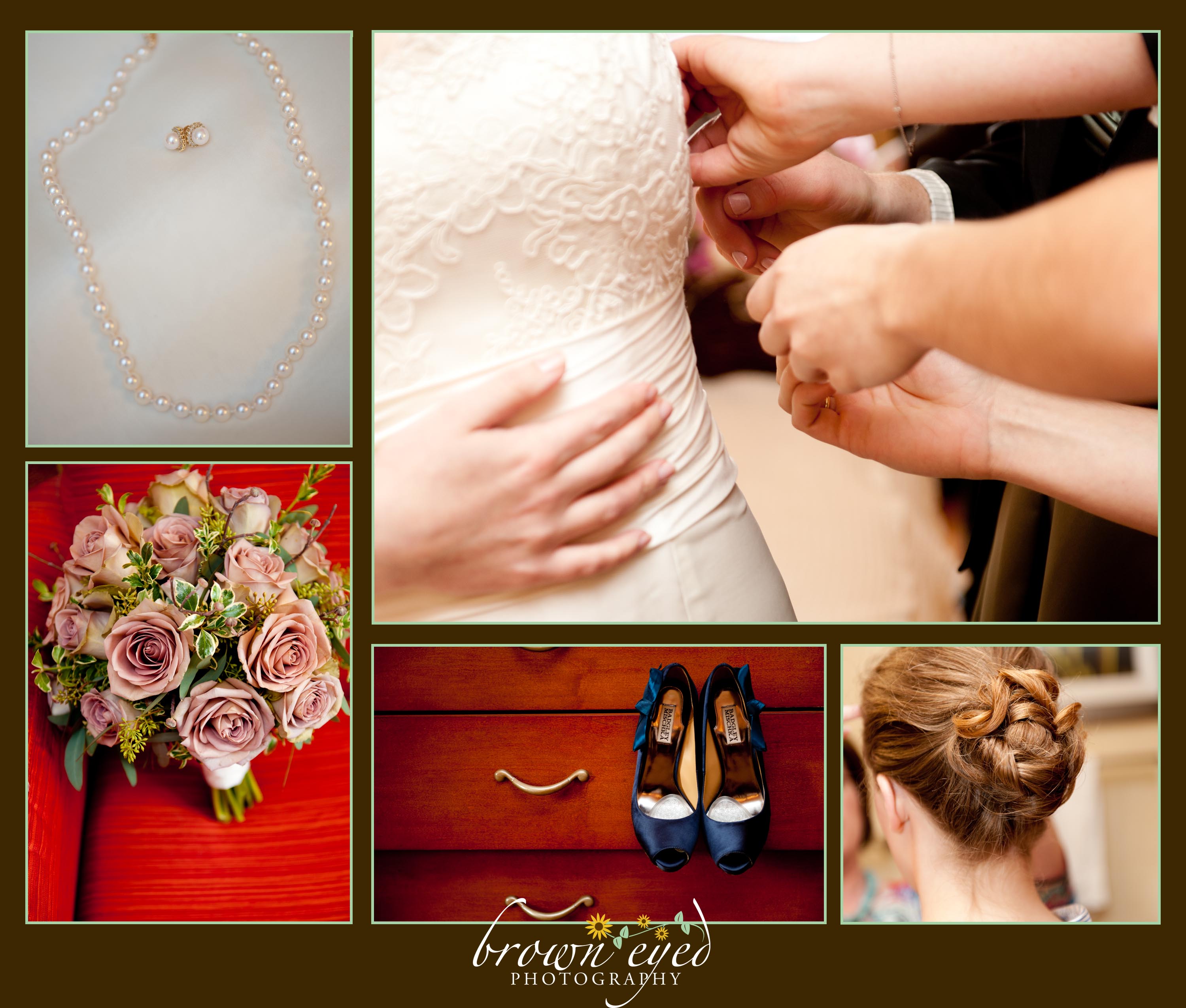 Everything about Justin and Rachel’s wedding said “Classic” – including a sweet antique car. The owner of the car told us that in its day the car sold for 5k – and with inflation you multiple that by seventeen to get what it would go for today. Wow. 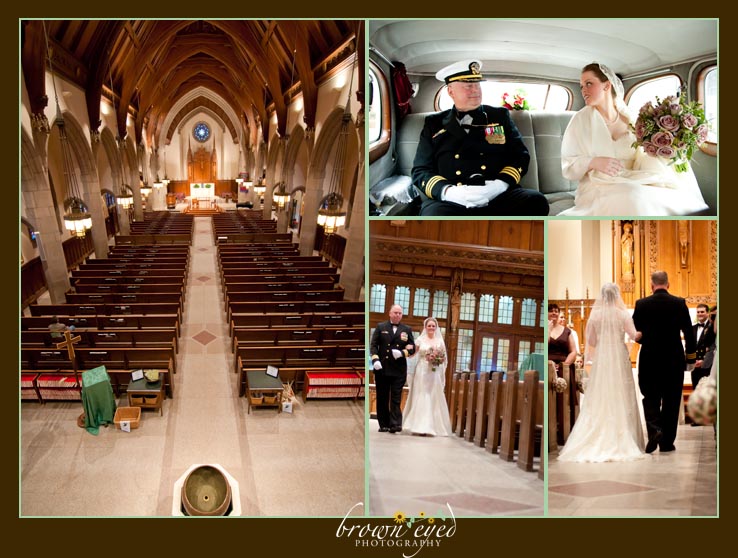 The priest is a distant (but not very distant) cousin to Justin. He is a family history buff and explained how they shared a relation years ago during his homily. 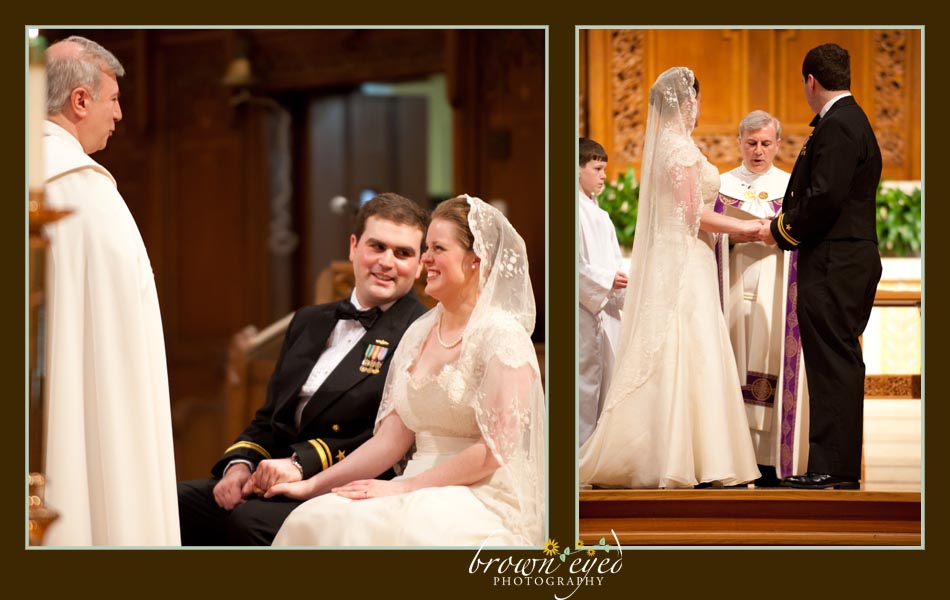 Rachel spent an untold amount of time on these adorable decorations – so we made sure we captured these beauties as often as possible! 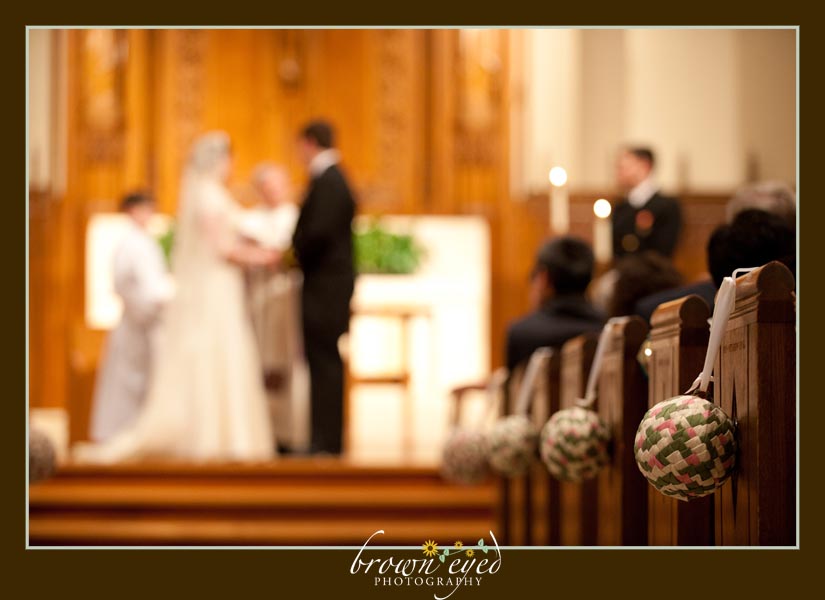 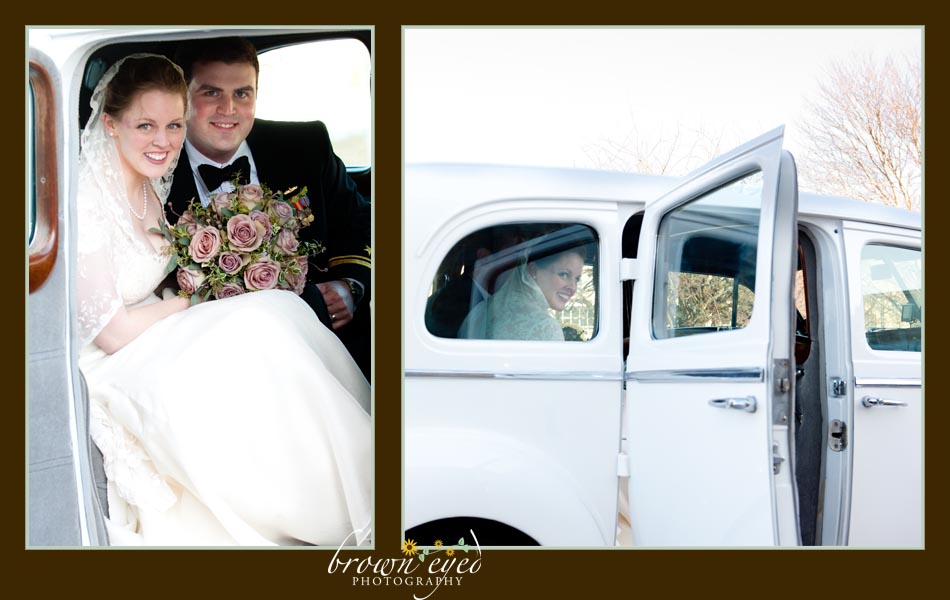 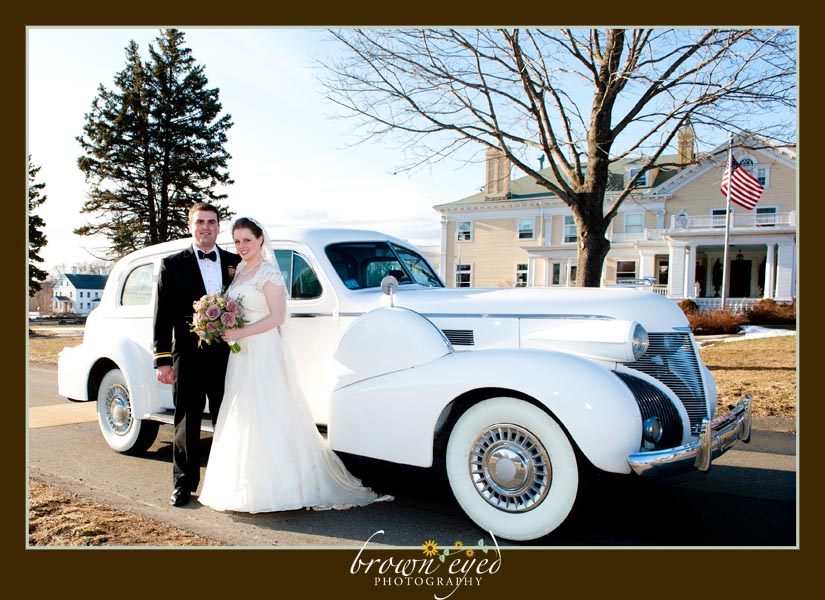 The swords come out again! For cake cutting!! This was so much fun! 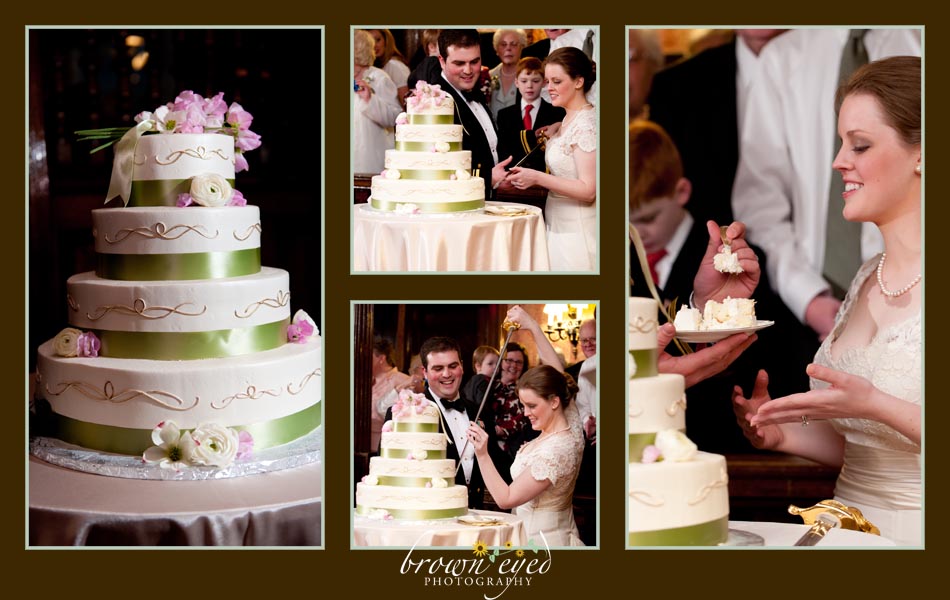 During Rachel and Justin’s e-session, they couldn’t stop looking at each other! On their wedding day, it was pretty much the same. 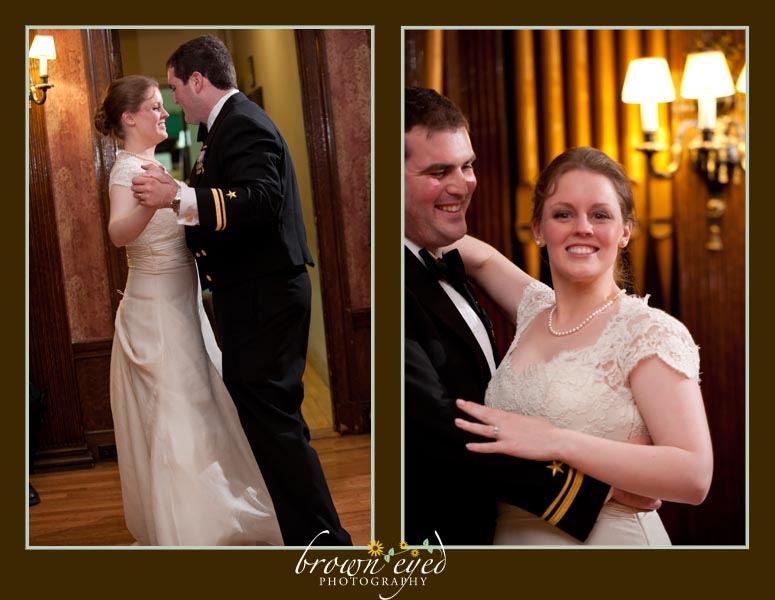 And apparently Rachel’s sister doesn’t like getting out on the dance floor to show off her moves (I can relate!) – but she moved some and the whole dance floor was filled the entire night – from babies who couldn’t walk yet, to couples who’ve witnessed many many weddings, I’m sure. 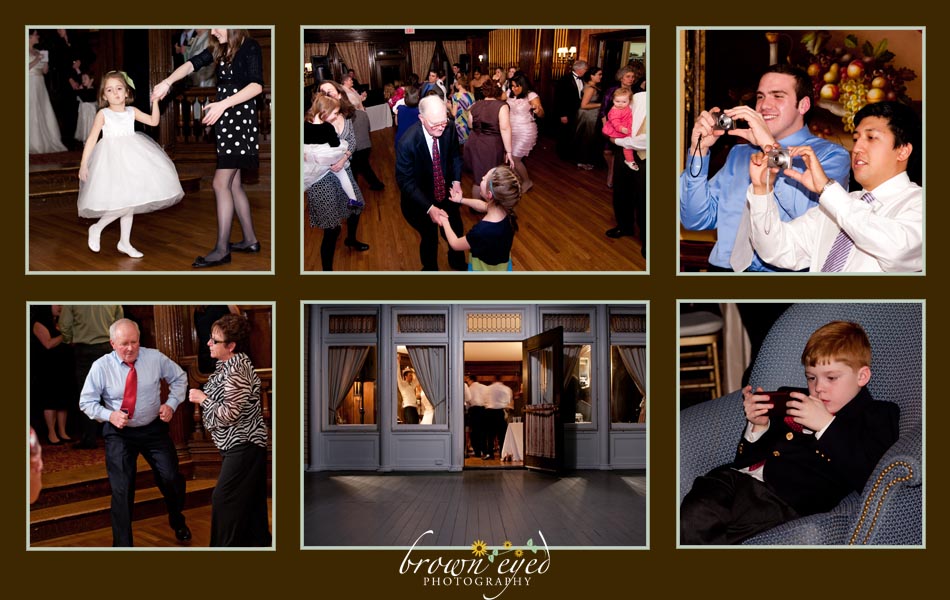 Rachel and Justin spent most of the night on the dance floor themselves – Rachel said they’d been practicing (they were amazing, to say the least) – until the bustle broke and Josh captured this great sequence: 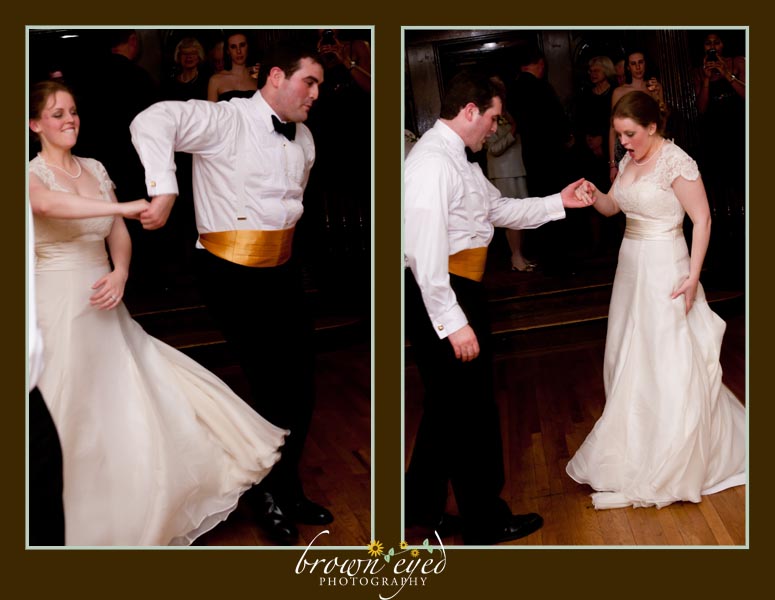 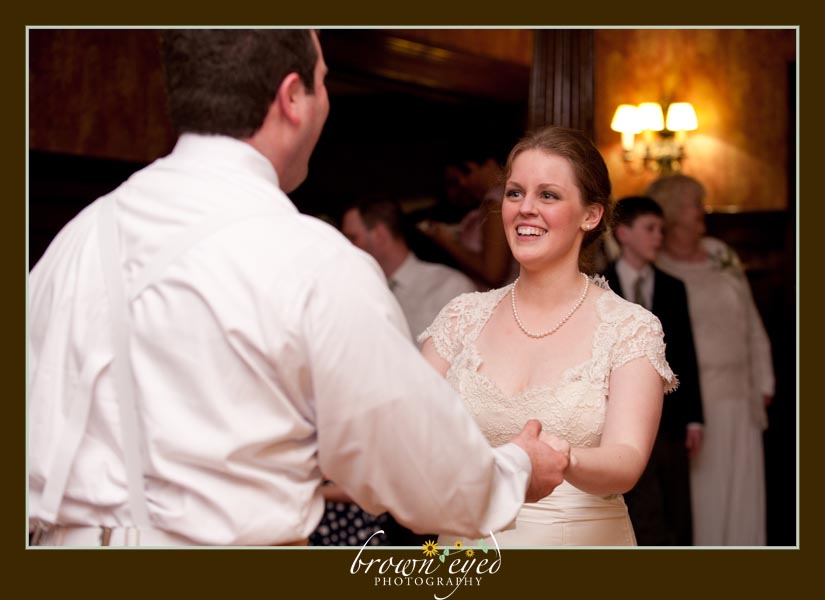 We’re still smiling in the glow of your wedding, Justin and Rachel. The day was spectacular all because we were celebrating your relationship. Thank you for inviting us to be part of your day!