Have I said I love snow? And Snowy shoots??! Well, thanks to a couple of winter snowy days we had the perfect Adirondack Farm setting that Tiffany was looking for! Cliff loves Tiffany and loves seeing her happy. Both of these two are from the Adirondack region – so what’s better than our farm in Saranac? 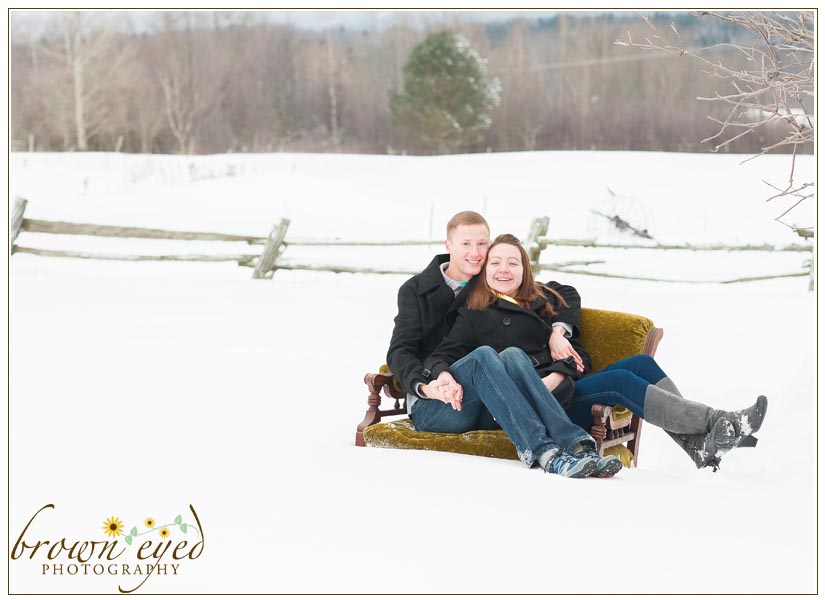 I first met Tiffany at a wedding show in Plattsburgh, with spitting snow outside Tiffany approached and asked if we could do just an engagement shoot. Her fiance is in the military and they haven’t set a date yet, but they wanted a winter shoot asap. As you know, I love snowy shoots and we marked the calendar and counted the days! There were lots of emails back and forth and that meant that as soon as Tiffany arrived, we were ready to roll! Cliff is so funny and laid back … he says when you’re in the military you’re used to following orders … I think he meant he was used to going with the flow. The poor guy had been in Texas and he had waterproof shoes … shoes – not boots! Even so, he traipsed through snow, ankle deep, had snow blown in his face, AND engaged in a snowball fight (where he might have had the advantage given his military experience!). 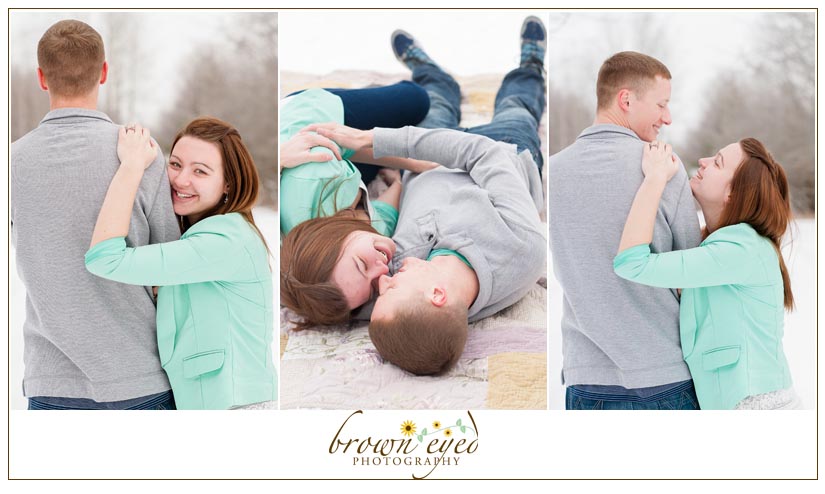 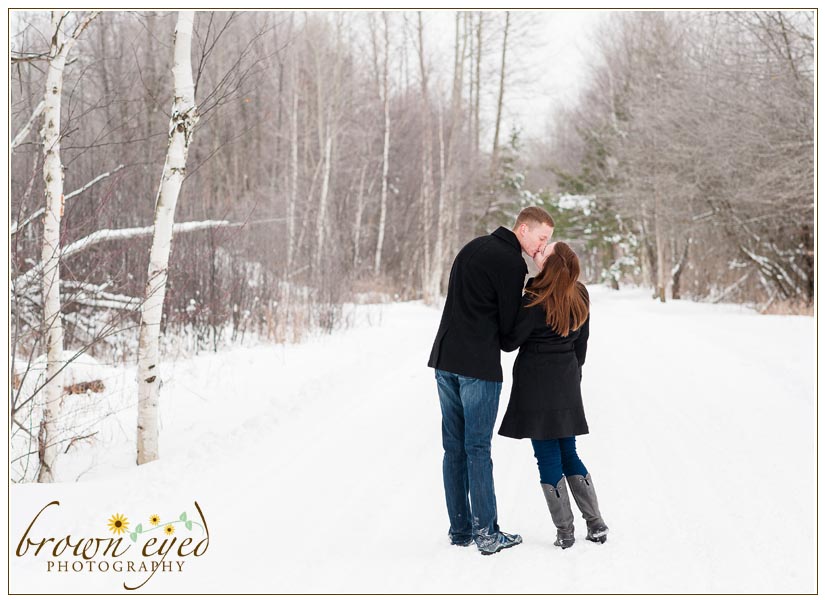 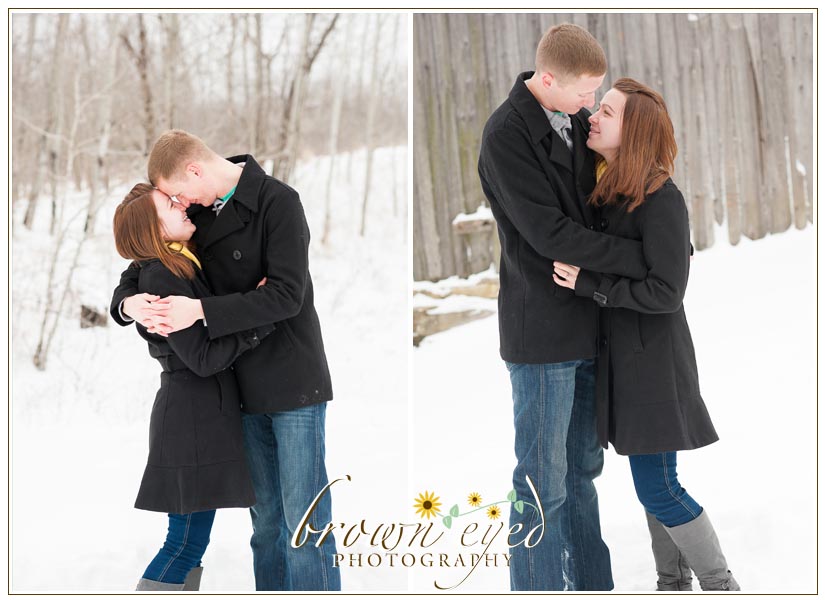 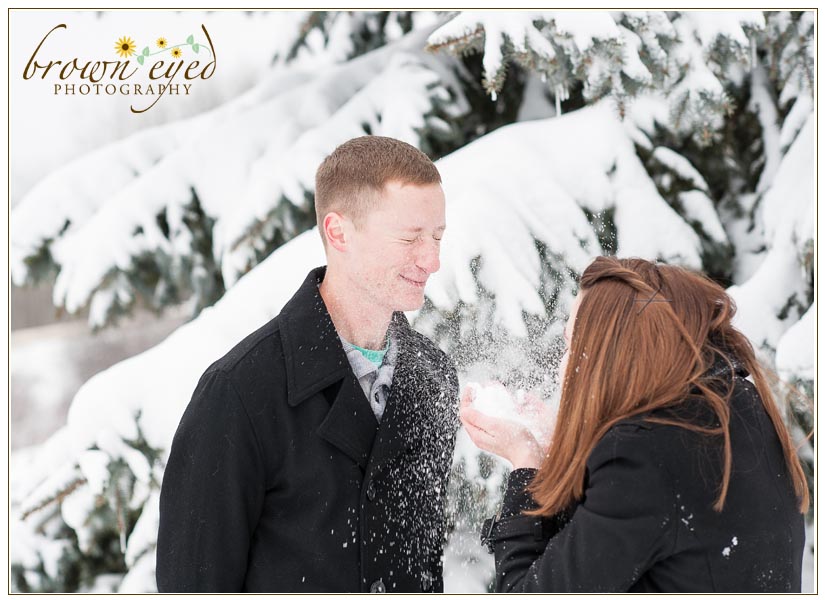 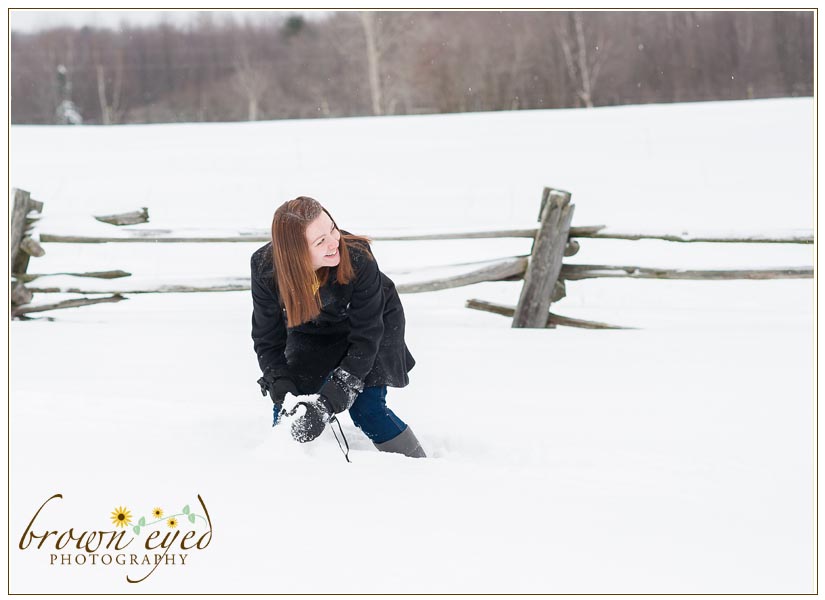 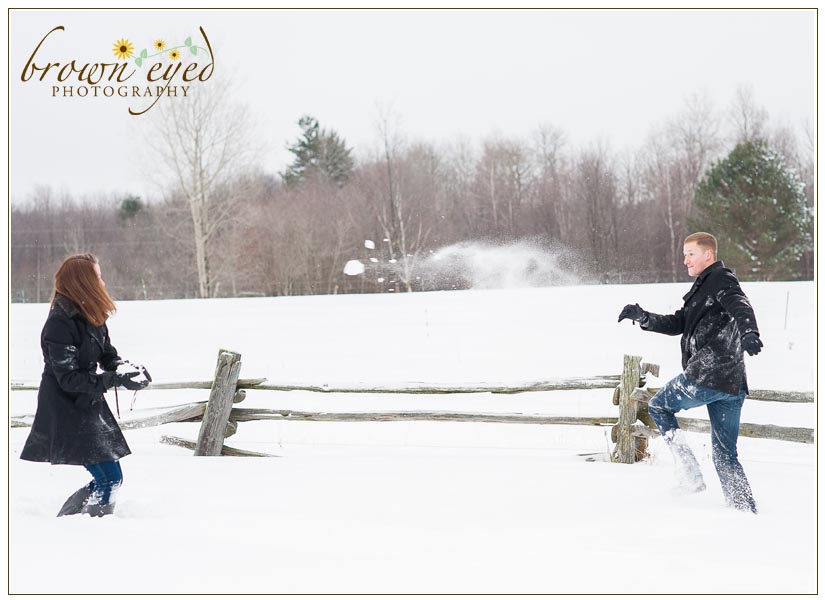 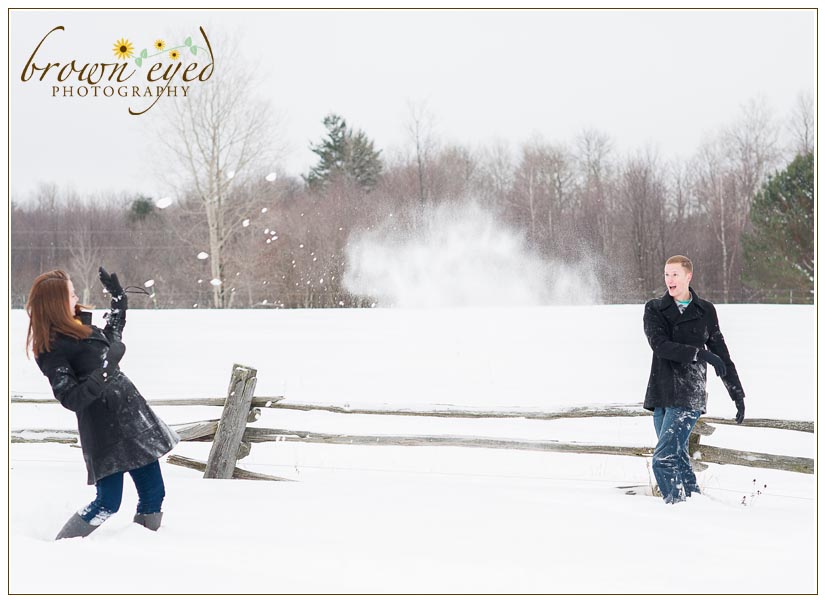 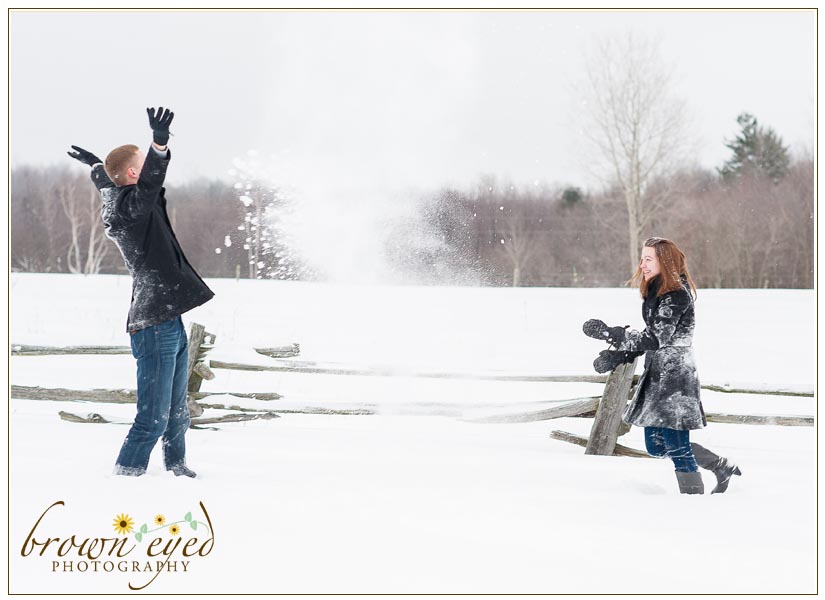 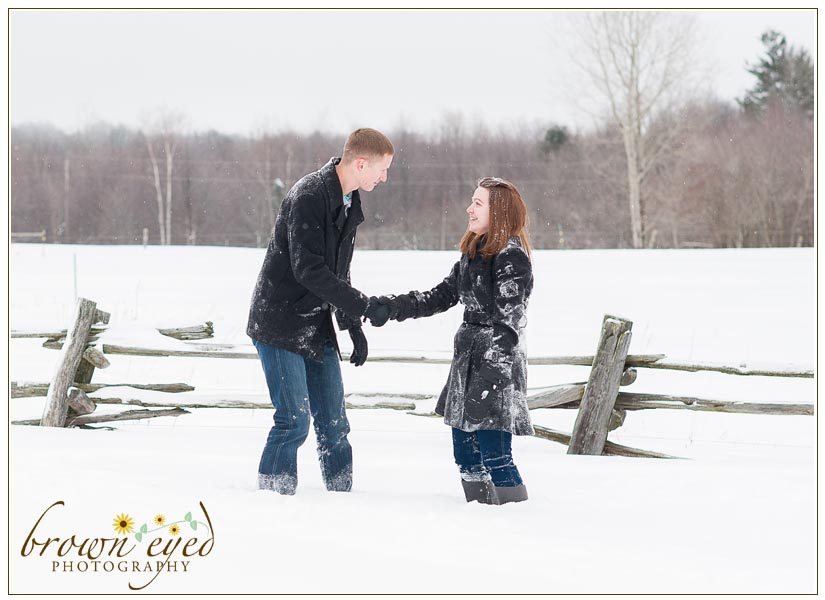 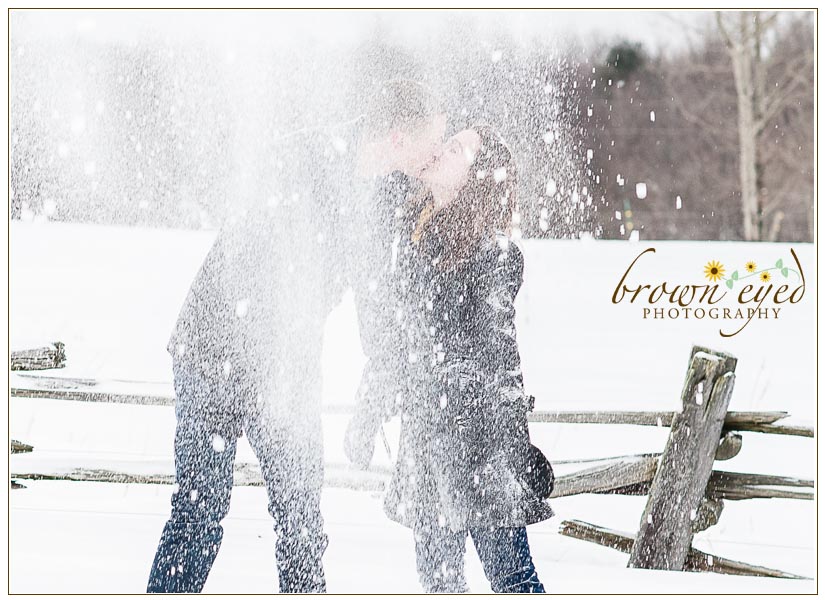 I’m checking email regularly for the day when Tiffany and Cliff set a date!!